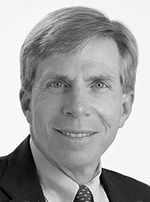 For a ten year period Bob was the CEO and President of BNI, a technology start-up that designed and built wide area distance learning networks. In 2003, Bob and Jason Oakman started Xsalta, a marketing company with specific expertise using the web.

In 2014 the company expanded its commitment to TMS Providers by launching TMS + You an independent patient advocacy site focused on helping people who suffer from depression. 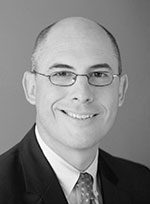 Dr. Bermudes is the Medical Director at Mindful Health Solutions, which operates two NeuroStar TMS centers in the Sacramento region. He is the co-president of the Northern California TMS Society and sits on the steering committee of the National TMS Society. Dr. Bermudes completed specialized training in transcranial magnetic stimulation (TMS) in February 2010. He was the first provider of TMS therapy for depression in the Sacramento region.

Dr. Bermudes earned his medical degree from the University of California, San Diego and completed his residency training in psychiatry and in family medicine at the University of Cincinnati. He is board certified by the American Board of Neurology and Psychiatry. He has completed a fellowship in cognitive therapy and cognitive therapy supervision at the Beck Institute for Cognitive Therapy and Research in Philadelphia, Pennsylvania. Dr. Bermudes is a member of The Academy of Cognitive Therapy, the Association for Behavioral and Cognitive Therapies, and The American Psychiatric Association. 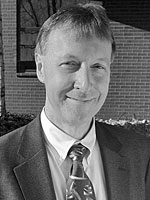 David G. Brock, MD is Medical Director of Neuronetics, reporting to the Chief Medical Officer. Dr. Brock is board certified in both Neurology, with added qualification in cerebrovascular disease, and in neurocritical care. He has over 15 years experience treating patients with complex neurological conditions.

Prior to joining Neuronetics he was a neurologist on the faculty at Thomas Jefferson University, where he was associate director of the Stroke Center and an Institutional Review Board chairman. In addition to his work in neurovascular disease, Dr. Brock has an interest in electroencephalography and seizures in the ICU setting. He has been an investigator in numerous clinical trials and has published in the fields stroke and neurocritical care. He is co-editor of Gray’s Clinical Neuroanatomy. 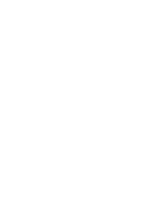 Tim Kriske has been in health care since 1998, transforming the Dental Practice Management Company, Monarch/BriteNow Dental, from a $177 million dollar company to a $480 million dollar company by 2003, with 495 happy doctors and still growing. Prior to dental, Tim was at Hallmark Cards for 16 years dedicated to helping independent business owners and large retail corporations build their operations and increase their market share by 40%, which attracted the V.C. firms.

After Monarch/BriteNow he was CEO of a V.C. funded Sleep Company, on the verge of a $5.6 million buyout when he was approached by Neuronetics. After due diligence of his management team, it was decided to cancel the MBO and start TMS Neuro Solutions. After 36 months of business modeling, TMS Neuro Solutions is now poised to expand into various other States with its affiliation model.

Ms. McMonigle joins Neuronetics with 22 years of experience in healthcare sales and marketing. Prior to joining Neuronetics, Ms. McMonigle served as Worldwide Vice President of Sales and Marketing at the Animas Corporation, part of the Diabetes Care Franchise at Johnson & Johnson. At Animas, Suzanne launched several new insulin pumps in the US and EU and expanded into new geographic markets resulting in significant sales growth. Suzanne was also part of J&J’s Centocor business, leading the marketing team on the launch of Remicade in psoriasis to Dermatologists. Suzanne spent several years at Procter & Gamble as Brand Manager on several brands, including the global launch of Actonel, an osteoporosis drug. Suzanne started her career at IBM as a sales representative. She holds a Bachelor of Science degree from Fordham University and an MBA from Cornell University.

All trademarks are the property of Neuronetics, Inc.

*NeuroStar TMS Therapy® is indicated for the treatment of Major Depressive Disorder in adult patients who have failed to receive satisfactory improvement from prior antidepressant medication in the current episode.

The most common side effect is pain or discomfort at or near the treatment site.2 These events are transient; they occur during the TMS treatment course and do not occur for most patients after the first week of treatment. NeuroStar TMS Therapy is contraindicated in patients with non-removable conductive metal in or near the head.

NeuroStar TMS Therapy is available by prescription only. For full prescribing and safety information, please visit www.NeuroStar.com or call Neuronetics Customer Service at 1-877-600-7555.

Registration Fee: $295.
Your registration fee includes:
- Admission to all didactic and practicum sessions
- All course materials
- Admission to VIP Reception
- Hotel accommodation for one night
- Group breakfast and lunch
- Certificate of Course Attendance mailed to you after event

Enrollment is capped to provide the greatest educational benefit to all attendees. Avoid the disappointment of being put on the waiting list and potentially shut out of this special event.
Register today.

No refunds for cancellations after September 18, 2015

2. OR register by phone: